The concept of connectivity is present in science, in politics, in art, in communication, in the understanding of almost all phenomena resulting in researches and interpretations. In a series on black cardboard (all 70 x 100 cm) are traced forms of connectivity imaginaries.

The imaginary of the permanent threat and danger lead people to give up not only political power. The question of safety is still not resolved, it seems more often the government is jeopardizing democratic values and endanger the health of integrity and of the physical body as well.

Categories on Nature (more to follow) reflects on different philosophical and anthropological approaches in conceptualizing nature and human in nature. Thinking is a process of categorization and judgments tracked mainly in written language. Archives are hereby architectures of collection and control. The text combination is playing with referring and differing issues which never reach original meaning; reflecting on dependencies between perception and structuring thinking. 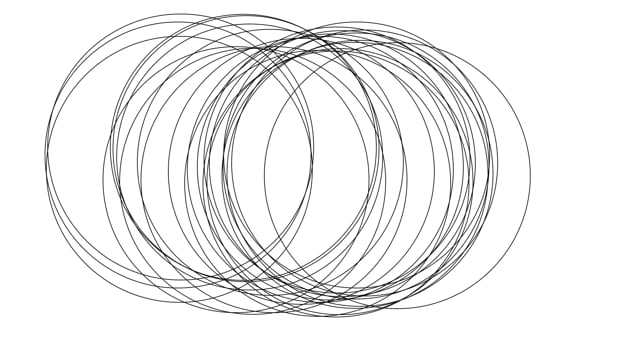 earth's move (what happens when you breathe)

2017, digital animation, 2:33 In this animation is reflected on meanings of the concept of unity which comprehends the idea of unity as individuality and as agglomeration. These concepts are pictured as circles multiplying and interlacing themselves in a continuous move.  Everything is connected and moved by breathing.

geodesy - theodicy or Albiruni's best of all possible worlds

the truth of virtuality

The work The Truth of Virtuality is composed of 25 single photographs of moments describing definitions and categories of thinking. If put together, these images create a mosaic-like expandable net. The model for this work is the communication of the brains and the nerve-net which have similarities with digital nets. 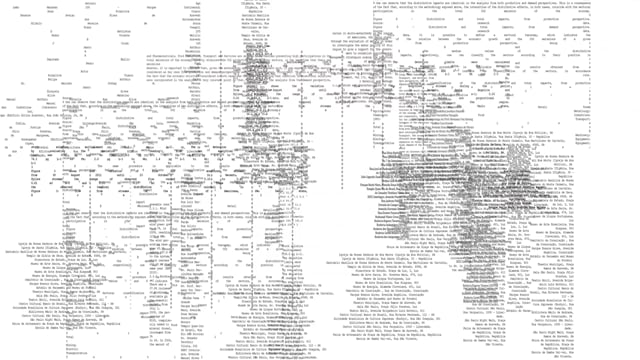 @Rachela Abbate, 2015, digital video 1:56 min as alternative city map of Sao Paolo, Brazil. This video is a imagination about the communication flow as result of a journey into Sao Palo, Brazil, where Rachela Abbate was questioning how human consciousness could change reality in urban areas of such extension and density.

history in an onggi

Installation awarded with the second prize during the Sea Art Festival –Busan Biennale 2013 in Busan, South-Korea, with the theme: “With Songdo: Remembrance-Marks-People”. In collaboration with Rebecca Ballestra

photographic series. In the here seen work, the codification system instigates the idea of the missing or deleted, but still present, with the cultural implication of the color black, overlaid on images or texts.

photographic series. This work is a reflection of our perception of plants. Plants are often perceived for their architectural beauty and are master model for architecture and design. We sometimes recognize the natural form through the lenses of the cultural achievement of which value we apply to natural objects. To break the momentum of perception, I juxtaposed the images with white and black fields interfering with conventional recognition of vegetation structures. Perception leads to opinion and vice versa.

photographic series. The photographic series deals with perception and judgment of nature conditioned by Western culture. The ideas and concepts we attribute to nature are connected to space and our valuation of nature confirming its existence. In this photographic series, I emphasize these aspects as I repeat the pictures which are manipulated to an abstract image, changing the combination of the added codes. This composition of image and code combinations is typical of my works in order to break the used imagination and open up space for an alternative imaginary.

photographic series. This work, instead, alludes to the Platonic world of ideas emphasizing the interrelation between perception, imaginary, and thinking which structure reality. The pivot of geometry and science is thinking, mental processes, and foremost the imaginary.

work project about communication structures and codification of the Palestinian political prisoners.

The astronomical space interpretation and models, in which the cosmic space perceived mathematically and abstract. First are imitated astronomical maps. The mapping takes place at predetermined urban places, which is depending on the concept of the social, historical or cultural context.

During the residency at Decolonizing Architecture in the West Bank consists in two site-specific installations in an ex-military base in Oush Brabh close to Bethlehem and several drawing series.